Rappler Talk: ICT infrastructure and its impact on national development 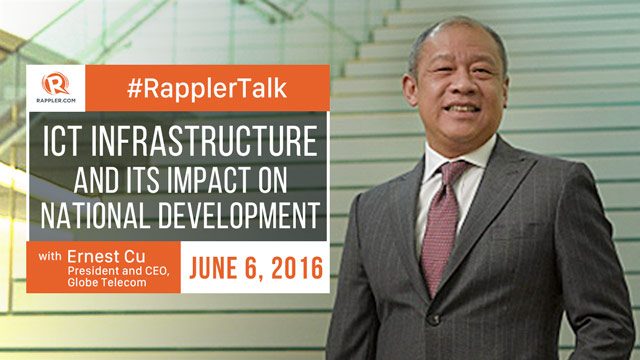 With the creation of DICT, the government acknowledges the crucial role of ICT in nation-building. Better infrastructure means affordable and quality access to technology for all, which can improve public access to education, income generation, government services, and public health and safety.

The brand-new DICT’s to-fix list is massive. Foremost is the problem of slow and expensive Internet access in the country. President-elect Rodrigo Duterte has challenged telcos to address this problem, or else, he will bring in competition from foreign providers.

What is ICT’s role in the country’s transition to a new government? What new things can we expect from the telco providers themselves, especially now that San Miguel Corporation has divested its telco assets to Globe and PLDT?