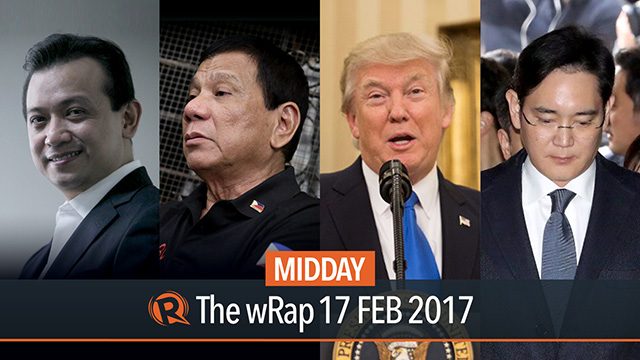 President Rodrigo Duterte vows to resign if Senator Antonio Trillanes can prove in court allegations that Duterte had billions of ill-gotten wealth. United States President Donald Trump insists neither he nor his campaign team had contacts with Russian officials in the run-up to last year’s U.S. elections.  The heir of South Korean giant Samsung is arrested.