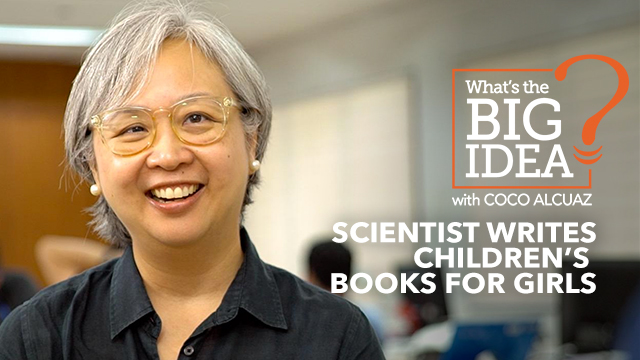 MANILA, Philippines – Ateneo professor Didith Rodrigo has written or co-written numerous scientific papers in her fields – computer science and learning. But she half-jokes her most important writing is her series of children’s books. Her purpose? To get more girls into science and technology.

She says more and more, there is about an equal number of young men and women who take science, technology, engineering, and mathematics (STEM) courses and populate the junior ranks of these fields. But as the years go on, more women leave so that at her level, it is clearly mostly men. She says this has been described as a “leaky pipeline.”

Watch Coco Alcuaz talk to Rodrigo in this episode of “What’s The Big Idea?” – Rappler.com

MORE ON ‘WHAT’S THE BIG IDEA?’