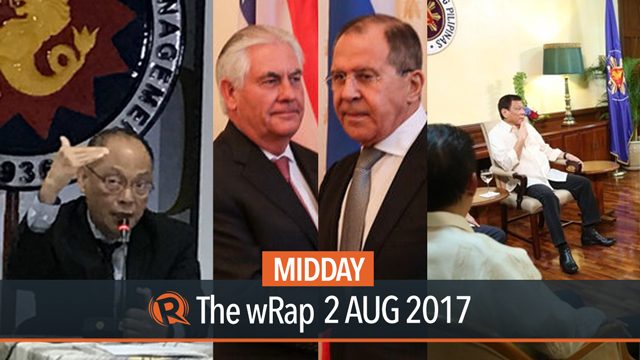 President Rodrigo Duterte tells lawmakers about new terror plots in Mindanao in an ‘urgent’ meeting held in Malacañang. Budget Secretary Benjamin Diokno admits the bill granting free tuition in state colleges is ‘too costly for the government.’ U.S. Secretary of State Rex Tillerson warns United States-Russia ties could still get worse even after his planned meeting with Russian counterpart Sergei Lavrov over the weekend.