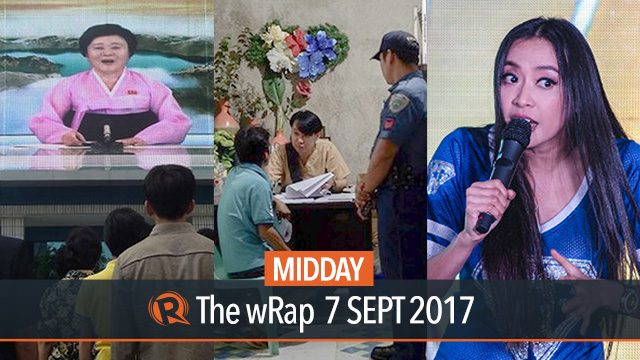 The National Bureau of Investigation has yet to determine the cause of death of 14-year-old Reynaldo de Guzman after performing an autopsy. Communications Assistant Secretary Mocha Uson performs at a bar inside a casino despite prohibition. The United States asks the United Nations to slap an oil embargo on North Korea and freeze the assets of leader Kim Jong-Un.