Tropical depression Urduja maintains its strength and is now over the West Philippine Sea. President Rodrigo Duterte warns at least 60 cops will be asked to leave the service in a purge of abusive policemen. Senator Loren Legarda is open to be appointed at the Social Welfare Department after her term ends in 2019. President Rodrigo Duterte downplays his granddaughter’s use of Malacañang Palace for a photo shoot, saying it’s no big deal. United States President Donald Trump insists he will not fire special counsel Robert Mueller. 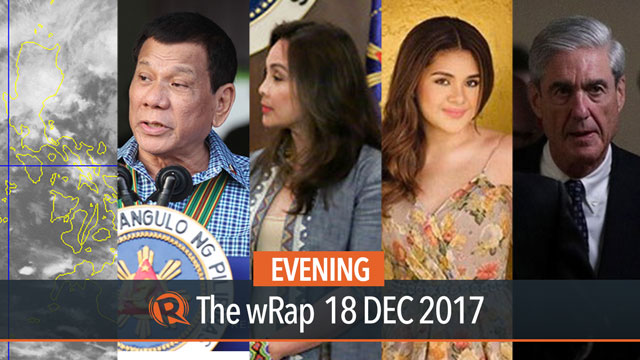