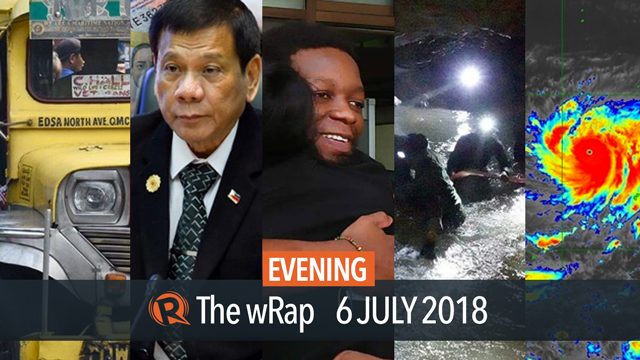 LTFRB releases the order for a P9-minimum fare for jeepneys. The Office of the President spent P2.5 billion in confidential and intelligence funds in 2017. The Philippines deports Methodist missionary Tawanda Chandiwana of Zimbabwe. A former Thai military diver helping to rescue a football team trapped inside a flooded cave drowns. PAGASA warns the southwest monsoon will bring rain to parts of Luzon and Visayas on Saturday, July 7.


Editor’s Note: In a previous version of this newscast, we indicated that P715 million in confidential and intel funds was spent in 2016. The graphic has been corrected to reflect the accurate amount – P705 million.