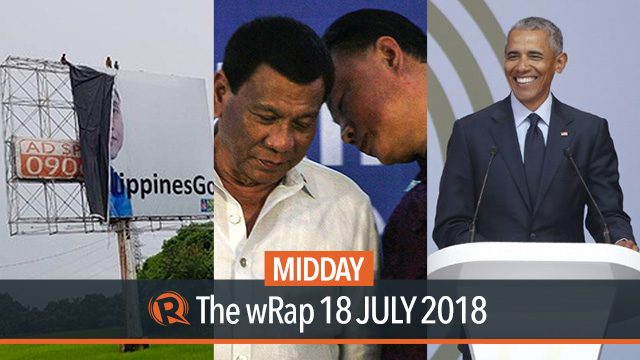 Bong Go billboard has been taken down. Chinese Ambassador to the Philippines Zhao Jianhua denies China is putting the Philippines into a ‘debt trap’ by giving it grants and loans. Former US president Barack Obama on Tuesday warns of ‘strange and uncertain times,’ in a tribute to Nelson Mandela.