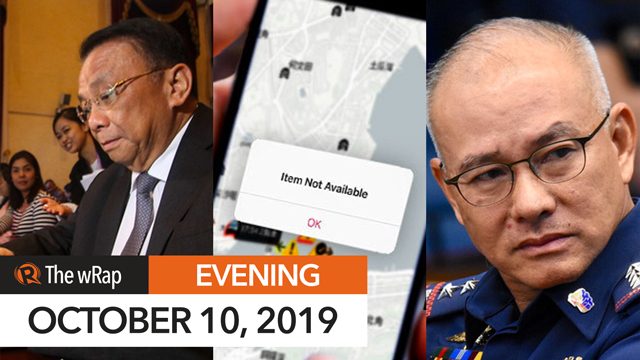 Chief Justice Lucas Bersamin assures the public there is no rigging of votes in one of the highest-stakes decision the Supreme Court or SC has to make.

Philippine National Police chief General Oscar Albayalde threatens to sue retired police general Rudy Lacadin, after Lacadin implicated him in the controversial 2013 drug operation in Pampanga when he was the provincial police chief.

Apple removes Hong Kong map application HKmap.live from its App Store, after China warned the US tech giant to drop the app.