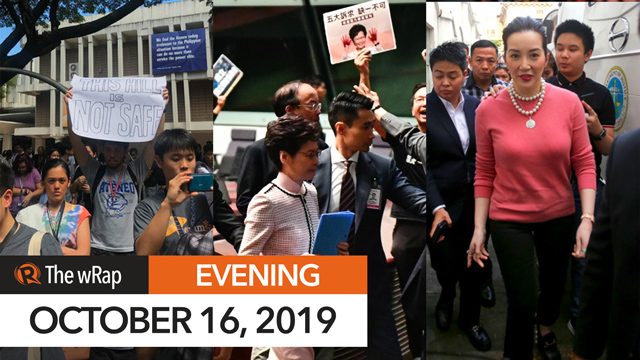 The Armed Forces of the Philippines or AFP says it favors the lifting of martial law in parts of Mindanao, particularly Davao City.

Hong Kong chief executive Carrie Lam abandons a State of the Union-style speech Wednesday, October 16, after she is heckled by opposition lawmakers inside the city’s legislature.

The internet breaks as actress Jennifer Aniston opens an Instagram account, and her Friends co-stars were there when she posted for the first time.

Actress Kris Aquino and her former business manager Nicko Falcis have ‘fairly settled all financial issues and amicably worked out all personal differences.’