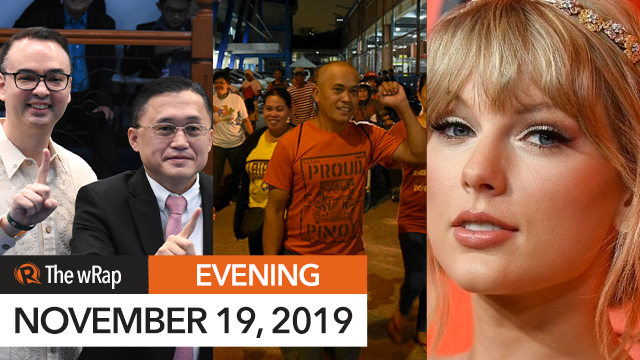 Malacañang says Tuesday, November 19, Vice President Leni Robredo’s requests for documents and intelligence reports related to the government’s anti-drug campaign were among the things that prevented her from being part of President Rodrigo Duterte’s Cabinet.

Detained workers of Regent Foods Corporation or RFC walk out of the Pasig City Police headquarters with their supporters Monday night, November 18.

Singer-songwriter Taylor Swift’s former label says it will allow her to perform some of her early hits at the American Music Awards on November 24.