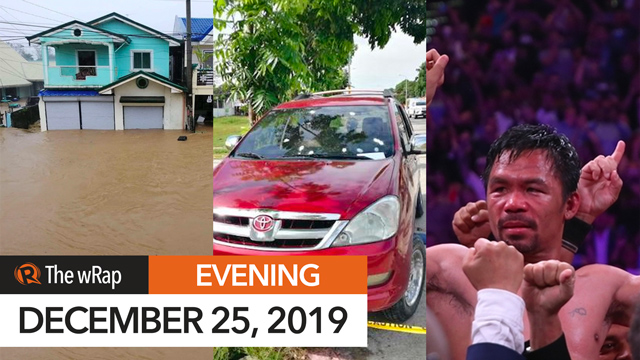 Akmad Mitra Ampatuan, a vice mayor who testified against his relatives in the Maguindanao massacre case, was ambushed on Christmas Eve, December 24, on his way home.

Justice department Assistant Secretary Neal Vincent Bainto says the surrenderees’ documents are still being validated to determine whether they were included in the wrongful implementation of the GCTA law.

New motorcycle taxi service provider JoyRide PH already has 6,500 bikers onboard, allowing it to take in only an additional 3,500 more to meet the technical working group’s 10,000-biker limit.