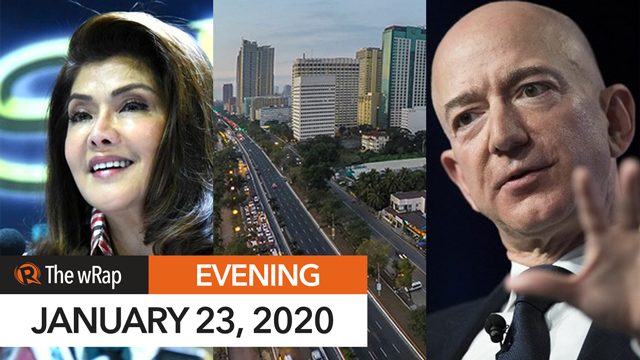 The Philippines’ gross domestic product or GDP grew by 6.4% in the 4th quarter of 2019, but it was not enough to reach the government’s target between 6% and 6.5%.

The resolution was filed on January 16, a week before Angkas committed to drop all charges against the government after making amends with the transportation department.

Davao-based radio reporter Glenn Jester Hitgano was arrested on Tuesday, January 21, for interviewing protesters after receiving a tip they were harassed by police the night before.