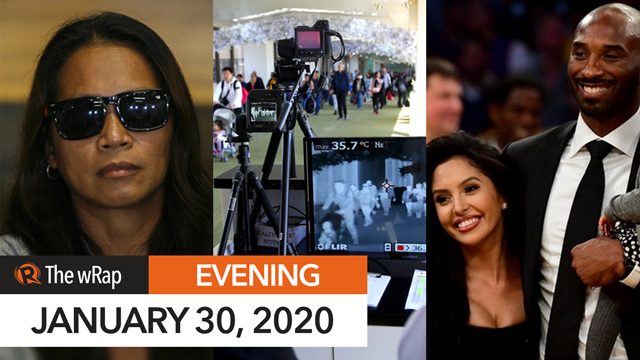 Health secretary Francisco Duque III says the patient traveled to the Philippines from Wuhan, China, via Hong Kong on January 21.

Interior Secretary Eduardo Año says members of President Rodrigo Duterte’s Cabinet will abide by his order of banning travel to the United States.

The Philippine Institute of Volcanology and Seismology or Phivolcs says there continues to be movement of magma underneath the Taal Volcano.

Ma Cristina Sergio and Julius Lacanilao are both sentenced to life imprisonment and ordered to pay a fine of P2 million.

The wife of NBA legend Kobe Bryant breaks her silence days after the death of her husband and daughter Gianna. – Rappler.com