Duterte: Presidents should know how to kill | Evening wRap 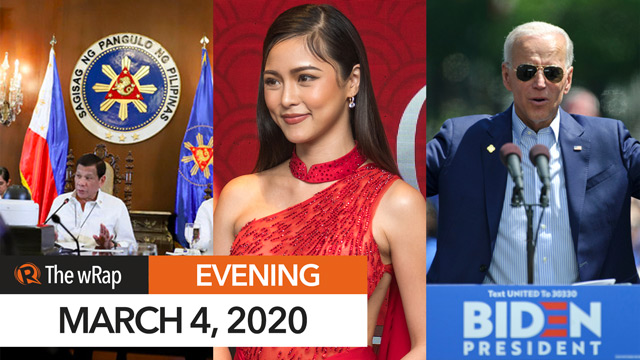 President Rodrigo Duterte says one should not be president if one can’t kill.

Bullets pierce the vehicle actress Kim Chiu was riding Wednesday morning, March 4. The actress and her companions were unharmed and Chui pushed through with her scheduled taping.

The Senate wants ABS-CBN to continue operations while its franchise renewal is still uncertain, as it passes a resolution Wednesday, March 4.

Joe Biden seizes the momentum in the race to become the Democratic challenger to President Donald Trump. This comes with a string of Super Tuesday victories against rival Bernie Sanders. – Rappler.com