WebHits is Rappler’s choice video for the day. Tweet us your suggestions for Webhits at @rapplerdotcom using the hashtag #WebHits.

MANILA, Philippines – Fans of the movie Gravity, you’ll want to see this.

In interviews, the film’s director Alfonso Cuaron said the ending of Gravity completes a metaphor for rebirth that was set up from the very beginning.

In this video, YouTube user Krishna Shenoi adds his own twist, presenting an alternate ending to the 2013 film. 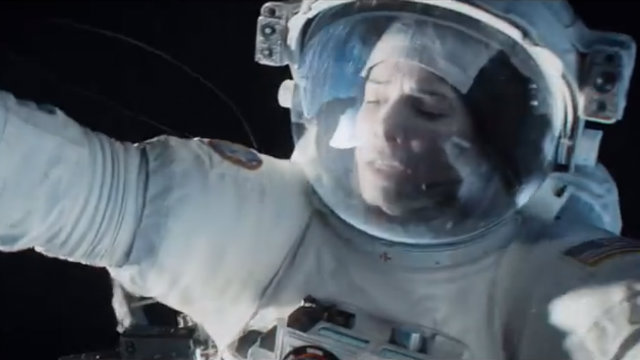 Gravity won seven awards at the 86th Academy Awards including Best Director, Best Cinematography and Best Visual Effects. In the movie, actress Sandra Bullock plays Ryan Stone, a medical engineer and a newly minted astronaut. At the onset of the story the space shuttle mission is compromised by debris from a satellite, destroying the ship and killing the whole crew except for Stone and veteran astronaut Matt Kowalski, played by George Clooney. Gravity centers around Stone’s struggle to survive in the vast expanse of space with limited oxygen and equipment. (READ: ‘Gravity’: Thrilling, riveting film experience). – Rappler.com