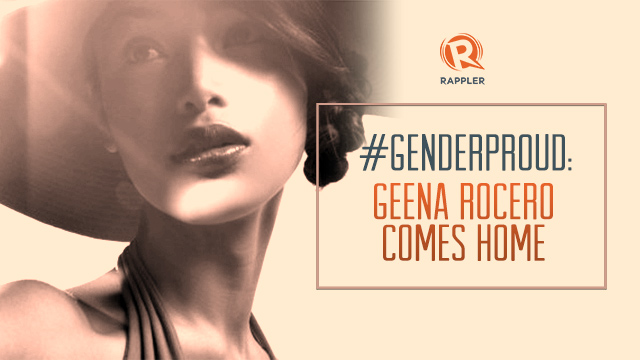 MANILA, Philippines – Weeks after coming out on TED talks in Vancouver, Canada, Geena Rocero is back home in the Philippines. Rocero, a professional and popular model in New York City, revealed that she is a transgender woman. Rappler talks to Rocero.

Soon after her talk, Rocero launched a campaign advocating transgender rights called Gender Proud. “We are trying to create a global unified messaging for why it is important for countries all over the world to adapt new policy in gender recognition law,” Rocero told Rappler in April. “What we’re trying to propose is for countries for individuals to be allowed to gender their name and gender marking on legal documents without being forced to go through surgeries, forced sterilizations or other demonizing barriers.”

Rocero notes that while countries in Asia show openness to transgender people, but are not “politically recognized.” Gender Proud is bringing their mission from New York to Asia to change that. Bookmark this page for the live interview. – Rappler.com