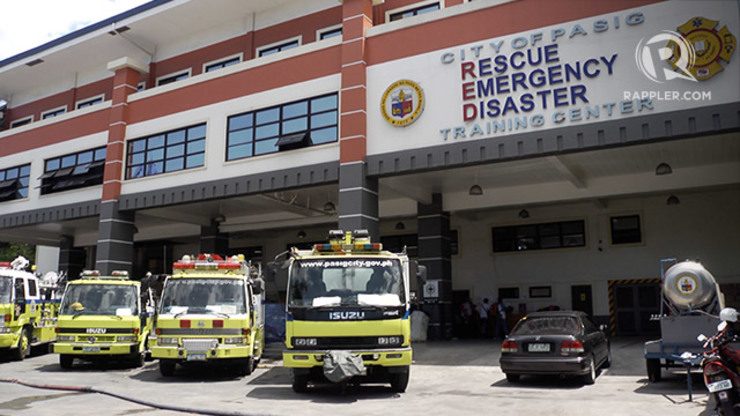 Facebook Twitter Copy URL
Copied
What has Pasig City learned from tropical storm Ondoy? How are they applying it to prepare for future disasters?

In Barangay Santolan alone, home to 7% of Pasig’s population, around 30,000 residents were affected.

David Lozada reports that Ondoy served as a wake up call for the city.

Romeo Vasquez patrols the Pasig River and its communities.

The chief of Pasig City’s Fireboat Unit says his team is always ready to respond to disasters in the river.

Vasquez says he will never forget Ketsana or Ondoy in 2009.

ROMEO VASQUEZ, PASIG FIREBOAT CHIEF: Palibhasa kami lang ang may fire boat dito sa Pasig sa buong Metro Manila, kami ang nakapag-responde sa mga kailangan puntahan na bahay na mga sira. Kami rin ang dumadampot sa mga patay noong Ondoy. Actually noong araw ng Ondoy, araw araw kami dumadampot – 2 linggo yun na may dinadampot kaming patay. (We were the only ones with a fire boat here in Pasig and in the whole of Metro Manila so we were the ones who responded to those whose houses were wrecked. We were also the ones who gathered the dead bodies during Ondoy. Actually, during the aftermath of Ondoy, we would retrieve bodies everyday for 2 weeks.)

Ondoy was a wake up call for Pasig City.

The typhoon submerged many communities, both rich and poor, in flood waters.

The city started to improve its disaster mitigation, response plans and equipment in the flood’s aftermath.

In 2010, Pasig built its City Command Center to centralize response to incidents.

The city can now respond to calls for help within minutes.

RITCHIE VAN ANGELES, PASIG DRRM CHIEF: Usually, iyong tawag mag-stay lang yan ng almost one minute eh. Gano’n kabilis, lalo’t kung matter of life and death ‘yon, kailangan within one minute you get all the data and you transmit it immediately sa dispatcher para yung dispatcher makapagpadala ng tulong. (Rescue calls usually last for only one minute. It should be that fast especially if it’s a matter of life and death. The dispatcher gets all the needed information in one minute so he can mobilize help immediately.)

Pasig allots some 5% of its annual budget to reducing the risk and mitigating the impact of disasters.

But Pasig DRRM Chief Ritchie Van Angeles says a big budget is not a prerequisite to being prepared.

RITCHIE VAN ANGELES, PASIG DRRM CHIEF: Ang importante magkaroon muna ng knowledge eh, kahit wala pang kasunod yung mga gamit. Maraming ways, kung gusto mo talaga. (What is important is that you have the disaster risk reduction and management knowledge first. The equipment can just follow after. If you really want the knowledge, there are many ways to conduct these kinds of seminars or training programs.)

There are lessons to be learned in every calamity. The key is good planning, training, networking and communication. Pasig City shows, with political will, a city can be resilient even if a river runs through it. David Lozada, Rappler, Pasig City.

Check out Rappler’s Project Agos microsite – a one-stop shop for educating the public on how to prepare better for disasters.

It can help people better prepare, respond, and aid in recovery.

CORRECTION: In the video report we said that Pasig City built its city command center (C3) in 2010. Building the C3 actually started in 2007. We are sorry for the mistake.