Rappler Talk: Will the peace process survive the Mamasapano crisis? 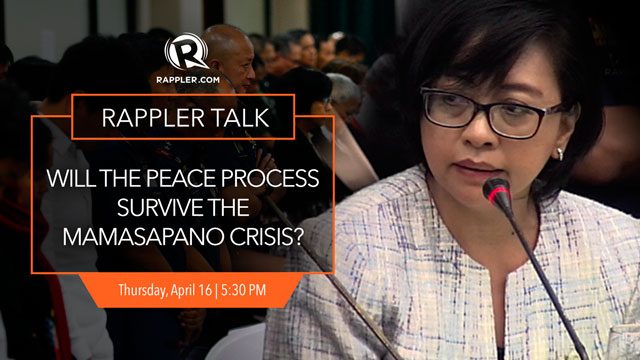 Ferrer lamented that many people are misinformed about the proposed features of the BBL, with several camps even calling for the abandonment of the peace process. Congress also said that it will delete sections of the bill that may not be constitutional, pushing back Malacañang’s timeline for passing of the bill.

With all these roadblocks delaying the passage of the BBL, is there still hope for lasting peace in Mindanao? – Rappler.com

Listen to the audio-only version here: