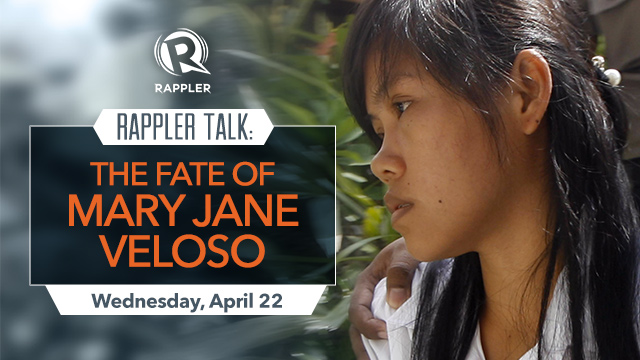 In 2010, Mary Jane was arrested, tried, and sentenced to death for attempting to smuggle 2.6 kilograms of heroin into Indonesia.

The investigation into Mary Jane’s case has since brought attention to the Philippine government’s efforts to save the Filipina. Veloso’s lawyers argue she was not properly represented in trial and asks the Indonesian court to review her case.

In March, the Indonesian court rejected Veloso’s appeal for a judicial review.

Her parents insist Mary Jane was framed when her godsister Christine promised her a job as a domestic worker in Malaysia. It was also Christine who sent her to Indonesia with 2.6 kilograms of heroin in her luggage. In April, Mary Jane’s sister made an appeal to Indonesian President Joko Widodo.

How can we help save Mary Jane? Will the Indonesian government spare her from execution?