Biggest US, PH war games a display of what ‘bullies’ may face

Apr 22, 2015 4:58 PM PHT
Rappler.com
Facebook Twitter Copy URL
Copied
Balikatan 2015 kicks off in the backdrop of growing fears over China's reclamation in the South China Sea and the Supreme Court's delay in deciding the constitutionality of EDCA

MANILA, Philippines – The Balikatan war games this year is the biggest in 15 years. It kicks off in the backdrop of growing fears over China’s reclamation in the South China Sea and the Supreme Court’s delay in deciding the constitutionality of the Enhanced Defense Cooperation Agreement. 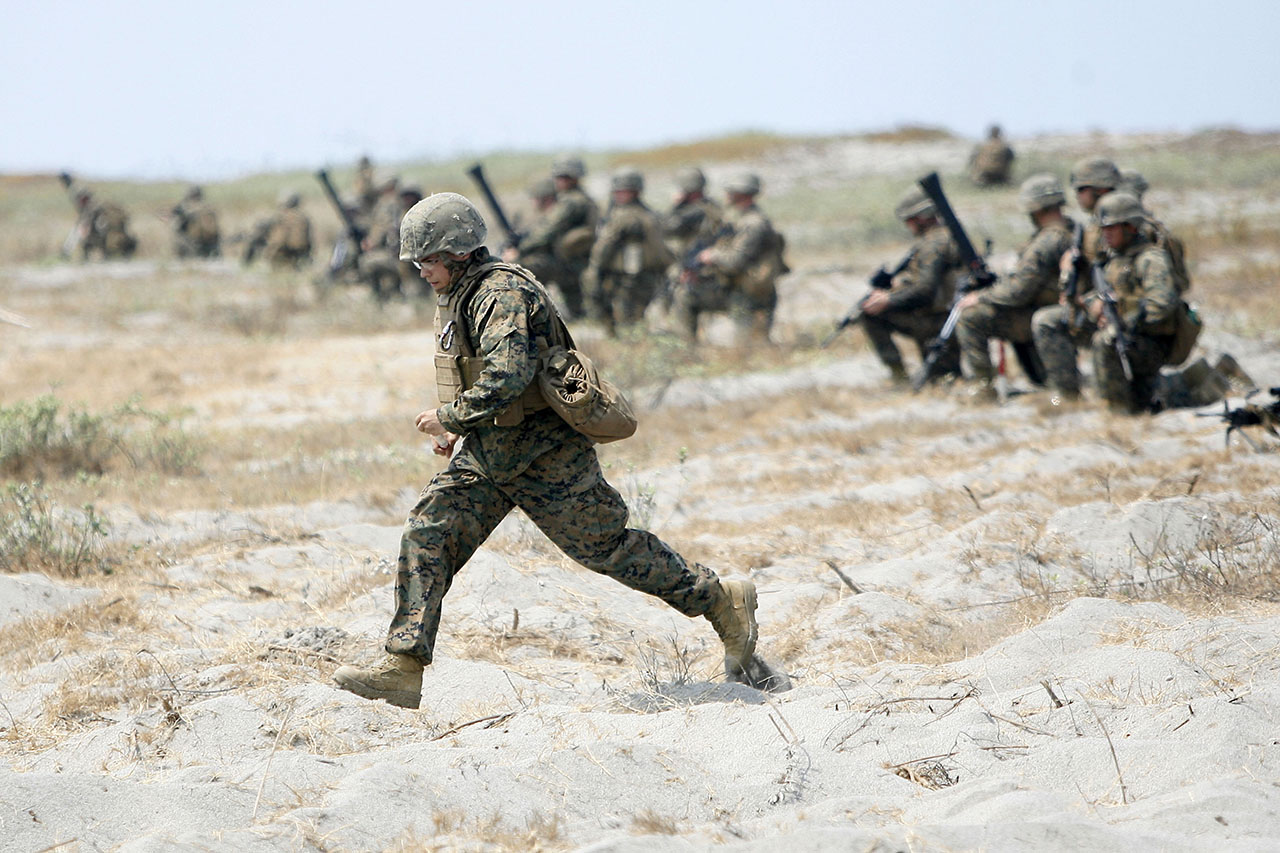 The annual war games between the Philippines and the US begin again.

On the shores of Zambales province,  the Americans demonstrate how they will come to the rescue when the Mutual Defense Treaty is invoked.In this scenario, they pretend a Philippine island had been captured.

The Americans come in full might – troops, ships, tanks, aircraft. The enemy doesn’t stand a chance.

The imaginary threat is as real as it could get. Only a few hundred kilometers from where they’re playing war games is Scarborough Shoal.

It used to be a fishing ground for Filipinos until China occupied it following a tense standoff in 2012.

It’s worse in other parts of the South China Sea. Beijing is reclaiming reefs and turning them into artificial islands.

“If they reclaim the Mischief Reef, we will be cut off. We have a series of islands going down south and going up north.”

China has been undeterred by international protests.

Make no mistake. These Americans are here not to fight but to play. The war games last for 10 days and then they pack up and leave again. But they can stay with their lethal assets and for good. The Philippines only needs to make up its and say so.

EDCA is a new deal the Philippines entered into with the US to allow them to build facilities and preposition their defense assets in the Philippines. But critics says it is de facto basing and thus unconstitutional.

A year since its signing, the EDCA has yet  to be implemented. The High Court is still sitting on the issue.

“We see edca as an opportunity to provide new momentum to our partnership, a partnership that has been a cornerstone of peace and stability in the asia pacific region.”

It’s a deal made emotional by the custody battle over a US Marine suspected of killing a Filipino transgender, a reminder of how the Philippines has been put at a disadvantage in past agreements.

Doubts also linger on how much assistance the Americans are actually willing to extend if the situation in the South China Sea explodes into an armed battle.

It’s a tough call. But if the Supreme Court is going to allow EDCA, it has to allow it soon. If not, it has to give the military lead time to work on its alternatives.