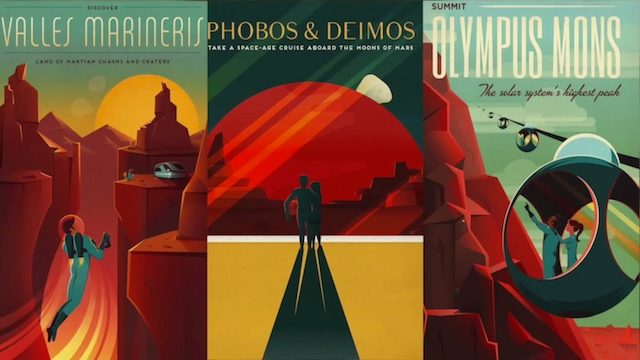 Here are the coolest travel posters ever for the ultimate destination.

SpaceX released 3 travel posters for Mars.
Here’s a poster that says “Discover Valles Marineris… land of Martian chasms and craters”.
Here’s one that invites you to Phobos & Deimos.
Take a space age cruise aboard the moons of Mars.
And forget about Mount Everest when there’s “Olympus Mons, the solar system’s highest peak.”

That was a video from SpaceX showing you what’s it’s like onboard a space capsule that’s being aborted.
The footage comes from tests made by SpaceX on its Crew Dragon capsule, the vehicle that will ferry astronauts to and from the International Space Station.
What you are seeing is the pad abort test: it’s a failsafe on the launch pad in case there’s danger to its precious human cargo. – Rappler.com