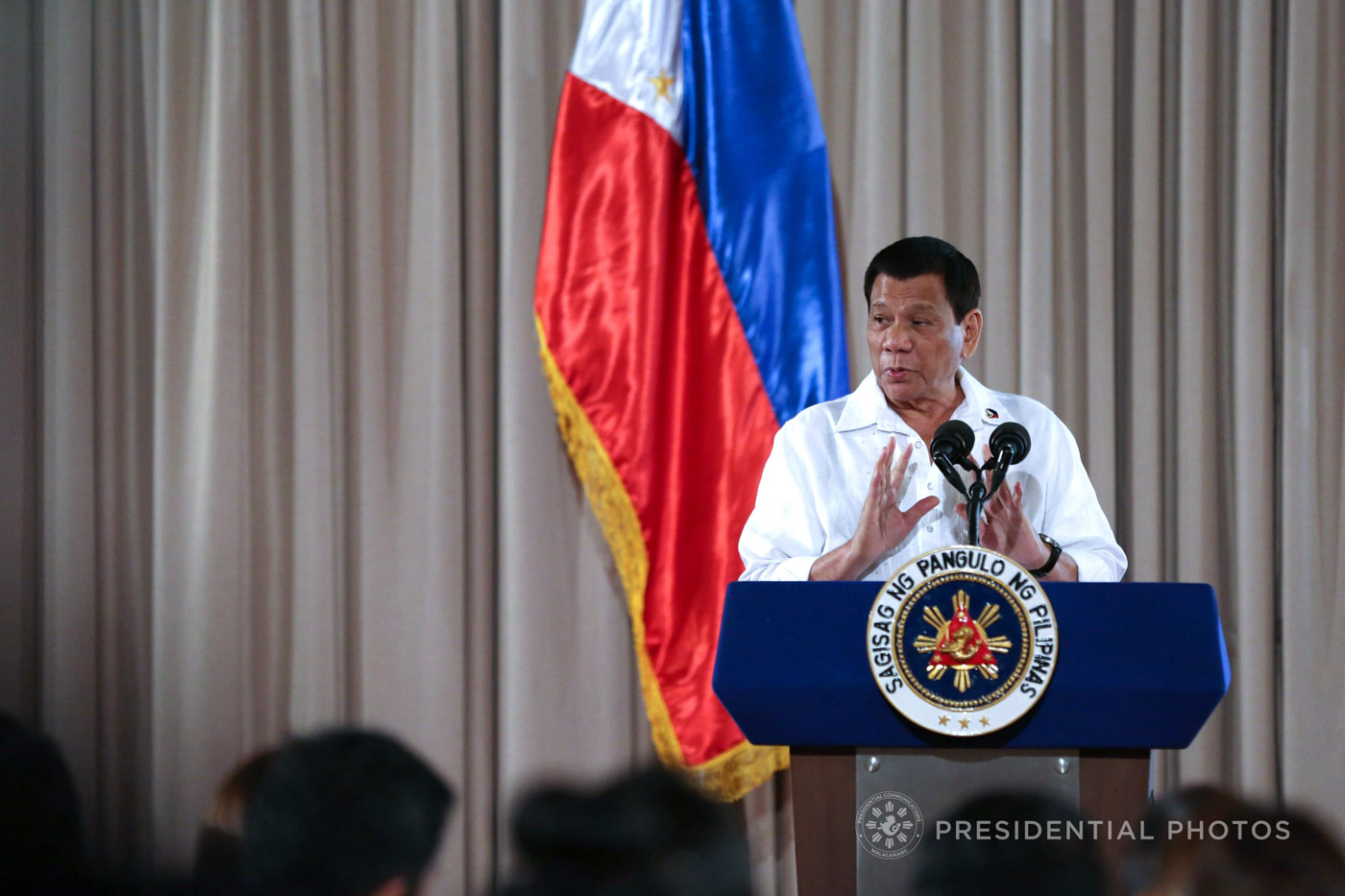 MANILA, Philippines (UPDATED) – President Rodrigo Duterte on Tuesday, December 19, mused that there was a time when drug-influenced rapists victimized beautiful women “worth going to jail for.”

The President shared his thoughts on the difference between rapists then and now in a speech after he signed the first tax reform package and 2018 national budget into law, where he railed against the effects of illegal drugs.

“May I be forgiven by Maggie dela Riva…‘Yung mga nirerape doon, talagang magaganda (The ones raped before were really beautiful). Worth going to jail and worth dying for,” he said in his speech at Malacañang’s Ceremonial Hall, with legislators and key government officials in the audience.

Dela Riva, a Filipina movie actress, was abducted and raped in 1967 by 4 supposedly drug-crazed men: music band leader Jaime Jose, Basilio Pineda Jr, Edgardo Aquino, and Rogelio Canal. Canal died in prison from a drug overdose in 1970, while the rest were executed by electric chair in 1972.

“Kaya nga electrocuted man ‘yun sila. Well, ‘yun ang kabayaran (That’s why they were electrocuted. That is the punishment),” he said about the rapists.

Duterte then compared the drug addicts of 50 years ago to the drug-influenced rapists today, who even victimize infants.

He spent a considerable amount of his speech on the ill effects of of illegal drugs, and reiterated his warning to drug suspects he would target them if they “destroy” the youth of the country.

It was the latest comment of the President related to rape, some in the form of jokes.

In July, Duterte said in a speech that he might congratulate someone for committing rape since they were brave enough to commit a crime that would guarantee their death. In that speech he implied that it would be okay to rape Miss Universe but he would not tolerate the rape of children. (READ: Malacañang on Duterte rape remark: The masses get him)

Back in the 2016 campaign season, Duterte sparked outrage when he said he should have been the first to rape a female Australian missionary during a prison riot in Davao City in the 1980s.– Rappler.com