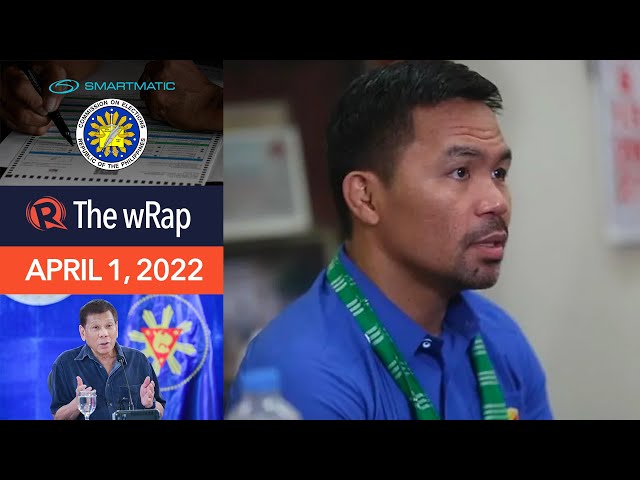 Presidential bet and Senator Manny Pacquiao says President Rodrigo Duterte was probably hesitant to endorse a candidate for the presidency because it would put his daughter in a tight spot.

President Rodrigo Duterte endorses eight other senatorial candidates who are not included in the lineup of PDP-Laban-Cusi faction.

Top officials of election software provider Smartmatic assure the Commission on Elections or Comelec an alleged security breach did not involve the conduct of the 2022 polls.

An Oscars producer says Los Angeles police were on site and ready to arrest actor Will Smith after slapping Chris Rock during the awards ceremony. – Rappler.com