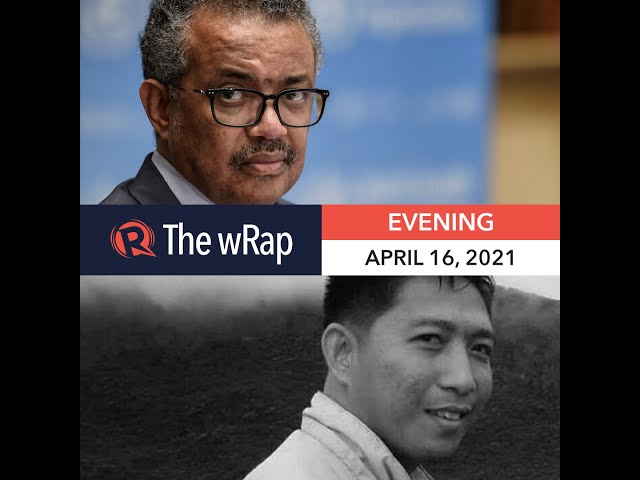 The World Health Organization says the increasing cases and deaths worldwide are approaching the highest rate seen so far during the pandemic.

ABS-CBN News Channel stops airing Chinatown News TV on Thursday, April 15, after a backlash. ABS-CBN News and Horizon of Sun Communications say they ‘have mutually agreed to discontinue the airing of the newscast,’ but no reason was stated.

Super Junior’s Kyuhyun releases his latest digital single, ‘Coffee,’ his fourth and final track from Project: Season, where he drops a new track for each season. – Rappler.com