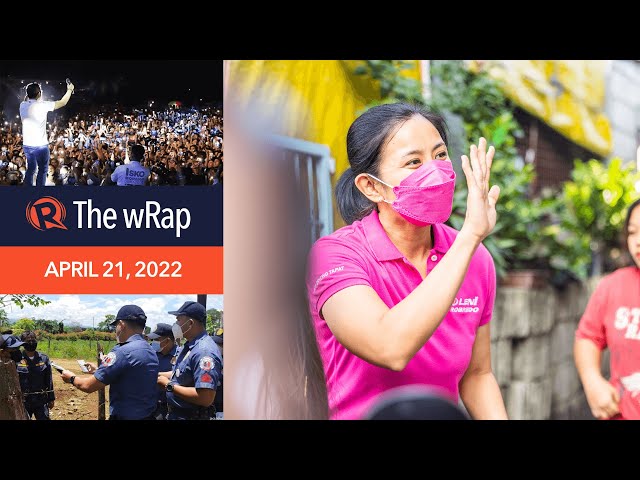 A large young crowd shows up for Isko Moreno and Aksyon Demokratiko candidates for a concert-rally in Tagbilaran, Bohol on Wednesday, April 20.

Northern Mindanao police seize firearms from the security group of an agricultural company believed to be behind the attack on presidential bet Leody de Guzman’s group in Bukidnon on Tuesday, April 19.

Presidential candidate Vice President Leni Robredo says if she wins, the first 100 days of her presidency will be focused on sending a strong message that her administration will realize her vision of a clean government.