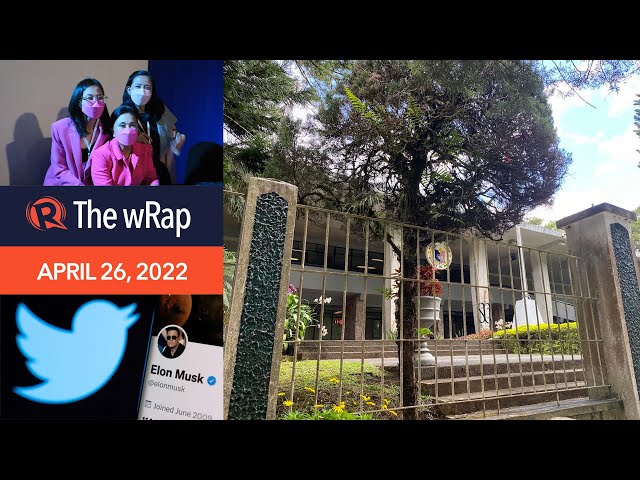 The Supreme Court upholds with finality most of the anti-terror law. This means Filipinos will have to live with the draconian clauses of the law, under the president they will elect on May 9.

Elon Musk clinches a deal to buy Twitter for $44 billion, in a transaction that will shift control of the social media platform to the world’s richest person.

Former US president Donald Trump is held in contempt for not producing documents subpoenaed in the state attorney general’s civil probe of his business practices.