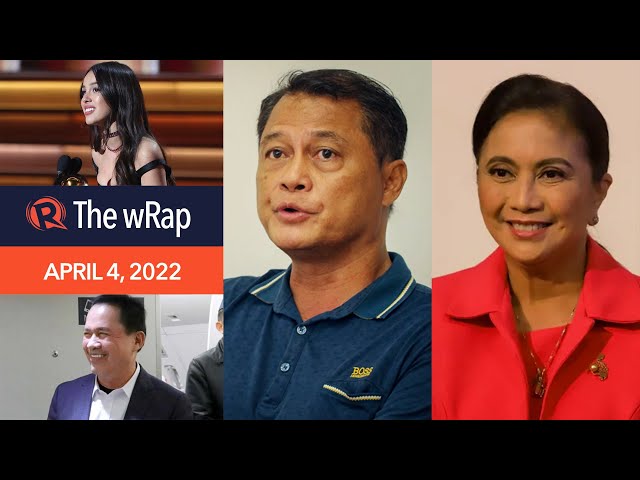 Presidential candidates on Sunday, April 3, agree that while the proliferation of illegal drugs must be addressed, the violence and deaths that dominated President Rodrigo Duterte’s flagship campaign must be stopped.

A panel of prosecutors in Cagayan de Oro City dismisses seven cyber libel complaints filed against Rappler over a series of reports about preacher and self-proclaimed son of God Apollo Quiboloy, who is wanted by the US FBI for sex trafficking charges.

The door is wide open for pole vault star EJ Obiena to compete in the Southeast Asian Games in May. This after the Philippine Olympic Committee (POC) lifts the resolutions that suspended the Philippine Athletics Track and Field Association (PATAFA) and declared its head Philip Juico persona non grata.