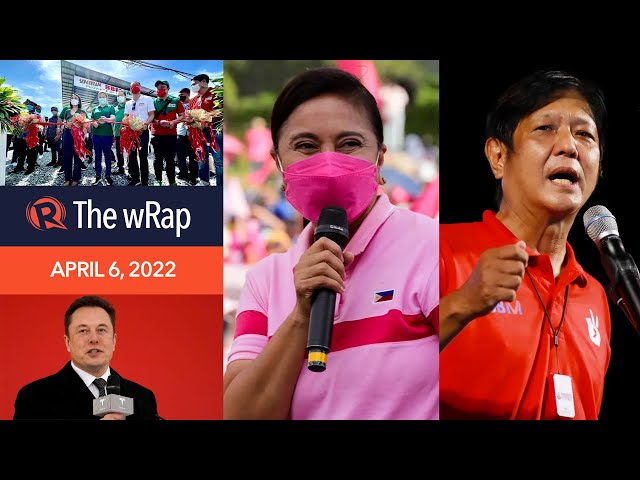 Rappler CEO and Nobel laureate Maria Ressa meets with US Secretary of State Antony Blinken on Wednesday, April 6, to discuss the need to defend and protect independent media.

Twitter says it will offer Elon Musk a seat on its board of directors. Tesla boss and entrepreneur Musk has amassed a 9% stake in Twitter, making him its largest shareholder.

British singer Ed Sheeran wins a copyright case at the High Court in London Wednesday, April 6, over whether a refrain in his 2017 mega hit ‘Shape Of You’ was lifted from another artist. – Rappler.com