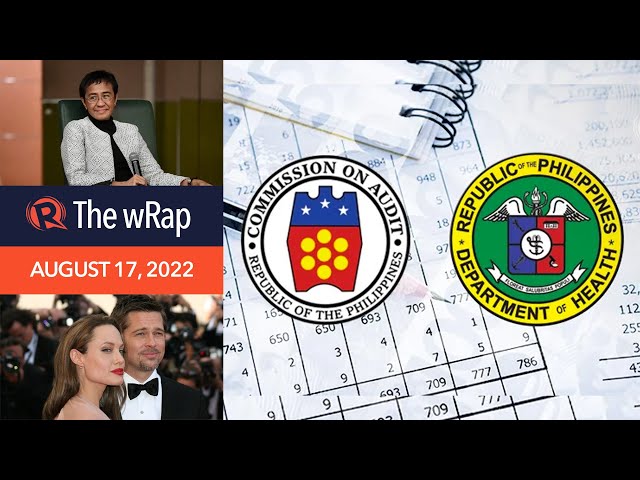 State auditors flag the health department over P166.21 million worth of pandemic purchases ending up with wrong offices and persons they were not intended for.

The House of Representatives aims to pass Malacañang’s proposed 2023 budget in less than 30 working days.

The United Nations announces the appointment of 10 members of a leadership panel to support its Internet Governance Forum or IGF, which includes Nobel laureate and Rappler CEO Maria Ressa.

Hollywood star Ezra Miller shares they are undergoing treatment for their ‘complex mental issues’ following a string of arrests and controversies within the past few months.

Actress Angelina Jolie is reportedly identified as the ‘Jane Doe’ who sued the United States’ Federal Bureau of Investigation or FBI for its investigation into assault allegations by her ex-husband Brad Pitt. – Rappler.com