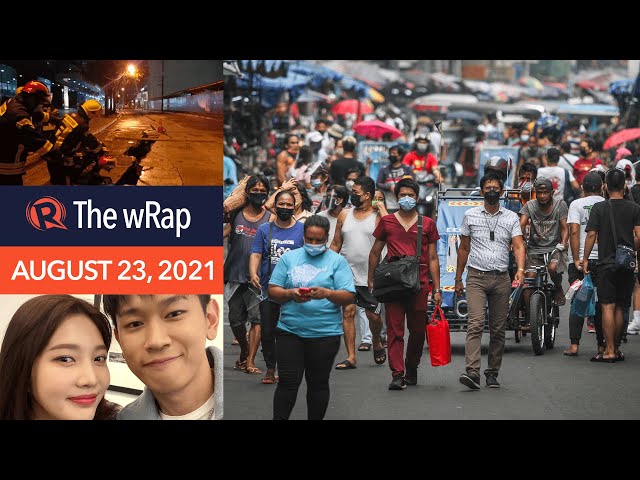 The Philippine health department on Monday, August 23, logs 18,332 new cases of COVID-19, breaking the record of the highest one-day tally since the pandemic began.

A video showing a group of young men attacking a gay man without any provocation in Zamboanga City goes viral on social media. Officials and organized rights advocates cry foul against what they say are increasing attacks on members of the LGBTQ+ community in the city.

Philippine senator and boxer Manny Pacquiao thanks and apologizes to his fans after losing to Cuban Yordenis Ugas. His longtime coach, Freddie Roach, wants him to retire. – Rappler.com