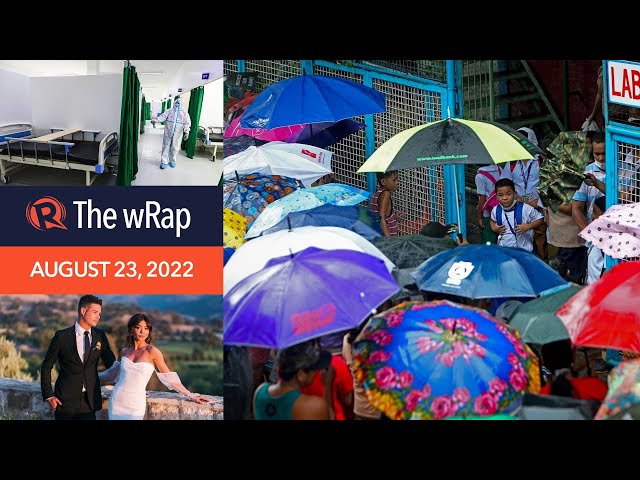 President Ferdinand Marcos Jr. suspends work and classes in all levels for all government offices and public schools in select areas starting at 1 pm on Tuesday, August 23, until Wednesday, August 24, due to Severe Tropical Storm Florita.

The Philippine health department reports its fourth monkeypox case in the country on Monday evening, August 22.

The Commission on Audit is looking deeper into why state health insurer PhilHealth paid nearly P800 million for RT-PCR tests done by a contractor which submitted improper documents.

Billionaire entrepreneur Elon Musk is seeking documents from Twitter co-founder Jack Dorsey in his legal fight to walk away from his $44 billion deal for the social media company.