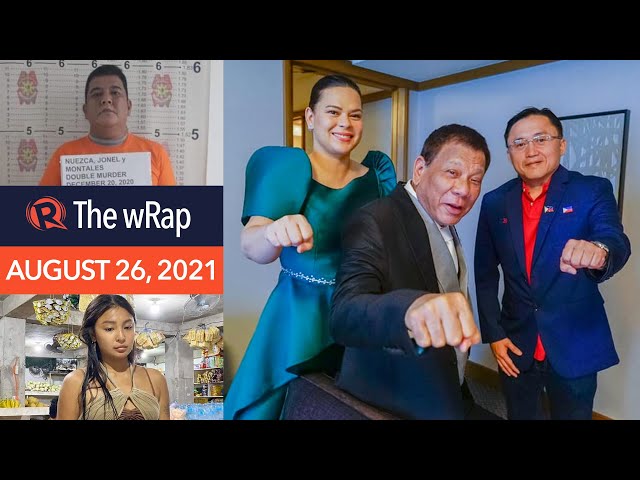 Senator Bong Go on Thursday, August 26, addresses allegations of conflict between him and Davao City Mayor Sara Duterte, saying he ‘loves’ her the way he loves her father, President Rodrigo Duterte.

The Commission on Elections gives the go signal to award the contract for the delivery of 2022 election supplies to F2 Logistics, a firm with ties to Davao businessman Dennis Uy.

Singer and actress Nadine Lustre is amused by memes generated by a photo of hers while she was buying lechon sauce at a local store in Siargao. – Rappler.com