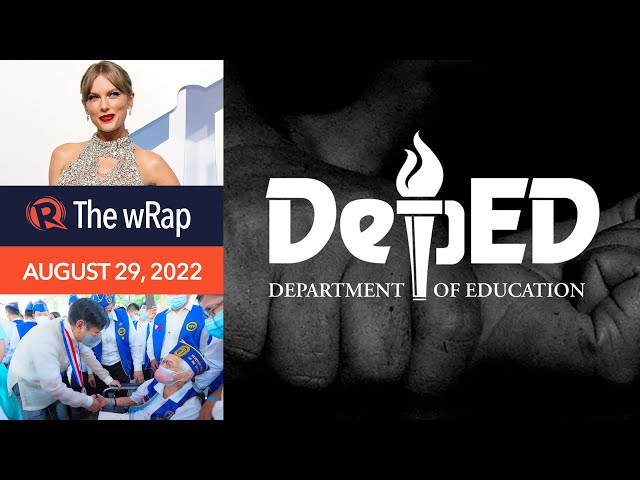 The Department of Education says on Monday, August 29, it is probing reports of alleged sexual advances made by six teachers on students at Bacoor National High School in Cavite.

In commemoration of National Heroes Day, President Ferdinand Marcos Jr. pays tribute to the ‘great heroes of our nation’ at the Libingan ng mga Bayani in Taguig City, where his late father was given a rushed hero’s burial years back.

The Philippine Consulate General in New York calls on the Filipino community there to remain vigilant after another Filipino is attacked in broad daylight.

The 2022 MTV Video Music Awards gathers together musicians from across the globe on Monday, August 29, at the Prudential Center in New Jersey. Johnny Depp, who is trying to rebuild his career after an ugly defamation fight with his ex-wife Amber Heard, makes a cameo at the VMAs.

Taylor Swift announces she is releasing her new album ‘Midnights’ on October 21. Taylor says the album is composed of ‘stories of 13 sleepless nights’ scattered throughout her life. – Rappler.com