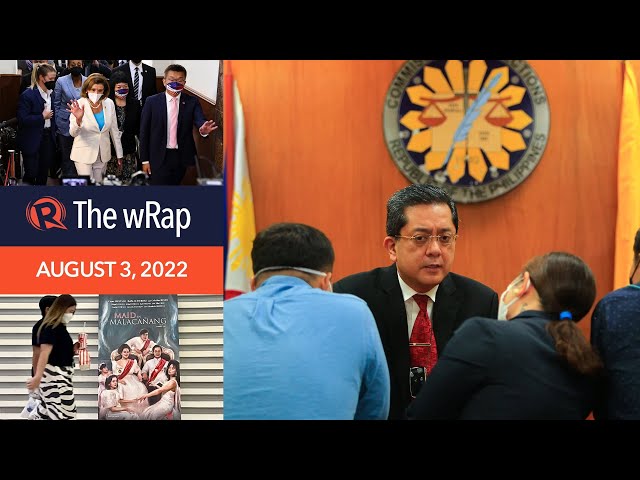 Newly-appointed Commission on Elections chairman George Garcia says, on Wednesday, August 3, he will ‘protect the institution’ amid fears by some groups that his history with President Ferdinand Marcos Jr., a former client when he was a practicing election lawyer, poses a conflict of interest.

Thousands come for the funeral of murdered former Lamitan mayor Rosita ‘Rose’ Furigay in her home city in Basilan province on Wednesday, August 3.

Carmelite nuns, who were depicted as mahjong players in the trailer of the upcoming film Maid in Malacañang, say the film would ‘trivialize whatever contribution we had to restore democracy.’

The visit to Taiwan of United States House Speaker Nancy Pelosi angers China, which considers the self-ruled island its territory. Pelosi, who visited Tuesday, August 2, is the first highest-ranking US official to come to Taiwan in 25 years. – Rappler.com