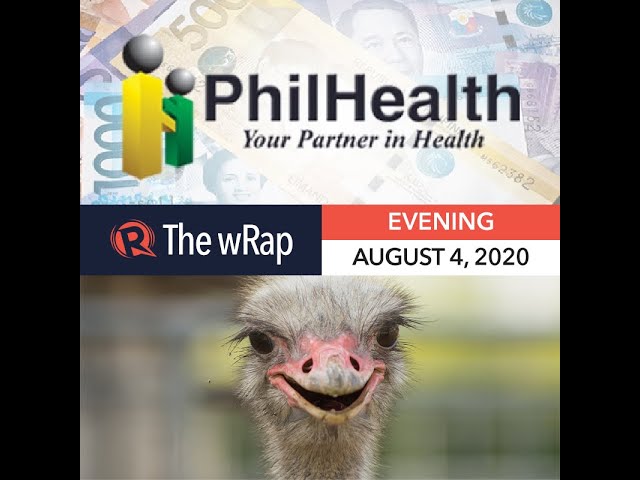 The former anti-fraud officer of the Philippine Health Insurance Corporation or PhilHealth says the agency’s executives may have pocketed around P15 billion through fraudulent schemes.

Statements by President Rodrigo Duterte on frontliners’ request to revert back to strict quarantine measures anger Filipinos who creatively call him out on social media.

An ostrich is spotted running in a village in Quezon City Tuesday, August 4. The ostrich caught on video speeds past motorcycles and cars inside Mapayapa Village III.