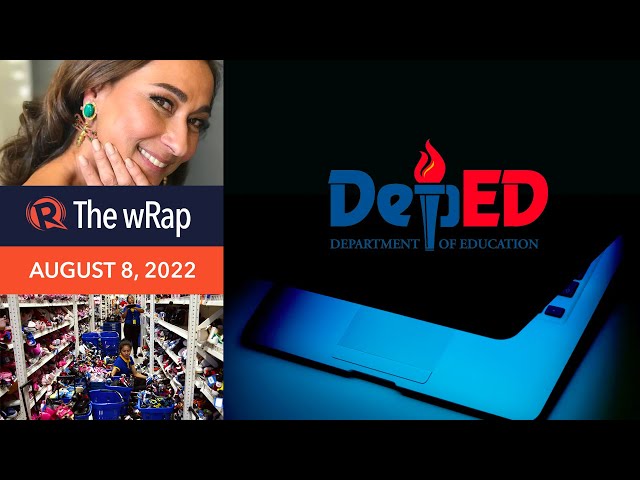 The Department of Education is under scrutiny after the Commission on Audit flagged it for buying P2.4 billion worth of ‘pricey’ and ‘outdated’ laptops for teachers.

The Philippine Statistics Authority on Monday, August 8, reports that the country’s underemployment rate went down to 12.6% in June from 14.5% in May.

Showbiz icon Cheri Gil died on Friday, August 5, at the age of 59. In a statement on Sunday, August 7, Cherie’s son Raphael says his mom was diagnosed with a rare form of endometrial cancer after relocating to New York in October 2021. – Rappler.com