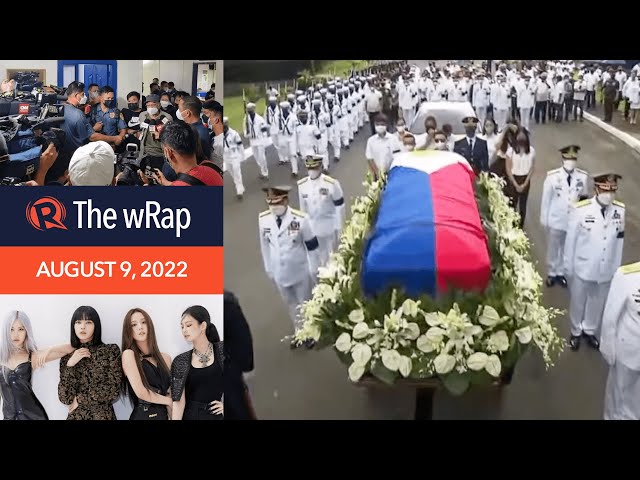 Former president Fidel V. Ramos, who died on July 31, is laid to rest at the Libingan ng mga Bayani in Taguig City on Tuesday, August 9.

A public health expert says the health department could have expedited the approval of a second booster shot for those with comorbidities to lessen the wastage of COVID-19 vaccines.

Dito Telecommunity files a complaint against Globe and Smart before the Philippine Competition Commission for supposedly ‘abusing their dominant position’ in the telco market.

K-pop girl group BLACKPINK is coming to Manila in March 2023 as part of its upcoming BORN PINK world tour. – Rappler.com