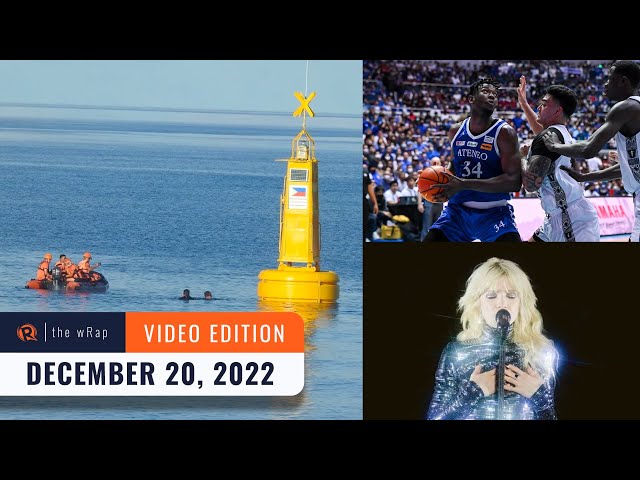 The US joins the Philippines in calling on Beijing to keep off the West Philippine Sea and follow the international law of the sea.

92% of Filipinos say they are hopeful for the new year. Only 8% of Filipino adults surveyed are ambivalent or doubtful about the new year, while less than 1% feel they would face 2023 without hope.

The US House committee probing the January 6th attack on Capitol Hill asks federal prosecutors to charge Donald Trump with four crimes for his role in sparking the riot.

The Ateneo Blue Eagles are back as champions after toppling the UP Fighting Maroons in the UAAP Season 85 finals Game 3.

Filipino MOOMOOs, you still have the chance to see Mamamoo live! Concert organizer Wilbros Live announces they’ll be opening the general admission section for the group’s upcoming concert in the Philippines.

After dropping hints for the past weeks, the Wanderland Music & Arts Festival confirms Carly Rae Jepsen is part of their 2023 lineup. — Rappler.com