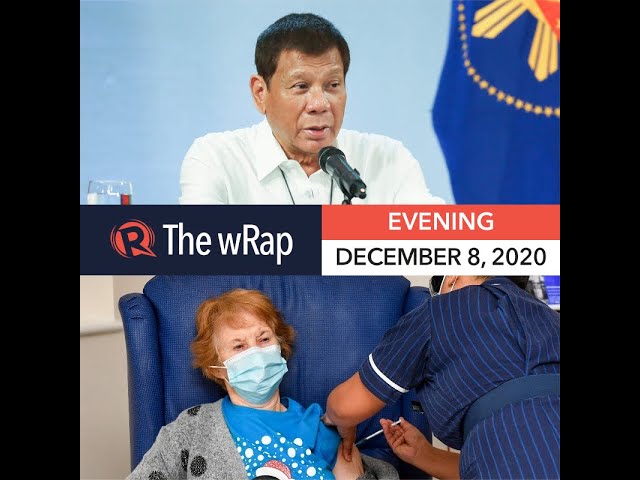 Rappler CEO Maria Ressa is among 2020’s Bloomberg 50, the international media company’s annual list of individuals who helped define the year that was.

Senator Leila de Lima cries foul over the justice department (DOJ) move to file a contempt petition against her and her lawyer Boni Tacardon.

Britain on Tuesday, December 8 begins the rollout of the COVID-19 vaccine produced by Pfizer-BioNTech.

US President Donald Trump may be banned on Twitter after January 20, 2021 unless he behaves. – Rappler.com