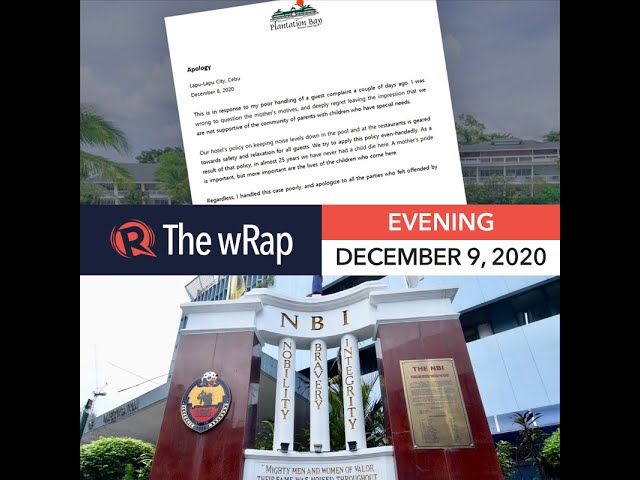 Plantation Bay Resort and Spa in Lapu-Lapu City the draws ire of the public after one of its shareholders posted an ‘insensitive’ response to a review by a guest whose son has autism.

Filipino students lag behind other countries in the international assessment for mathematics and science for grade 4.

National Bureau of Investigation counterterrorism chief Raoul Manguerra dies after sustaining a gunshot wound inside his office in Manila.

The US Supreme Court refuses to overturn Donald Trump’s election loss. The High Court denies attempts from Trump’s allies to block the certification of votes in key state Pennsylvania.