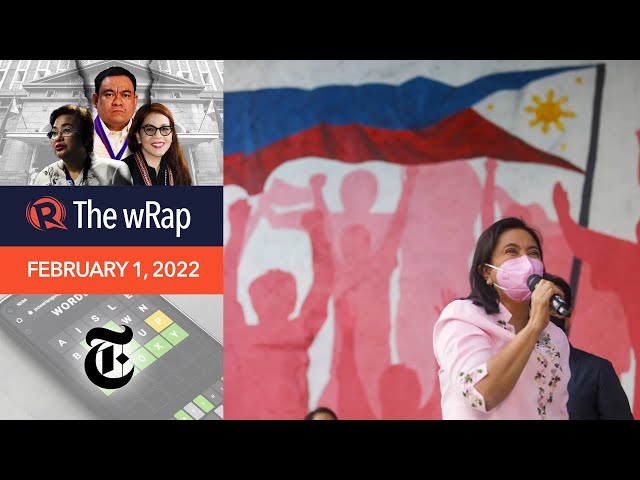 The Philippines ends 2021 with debt amounting to P11.7 trillion. Latest data from the Bureau of Treasury shows this figure is almost P2 trillion more than the P9.8 trillion recorded by the end of 2020.

The New York Times announces Tuesday, February 1, that it bought the online word puzzle hit Wordle. The game will initially remain free, and is a part of the company’s quest to increase digital subscriptions to 10 million by 2025. – Rappler.com