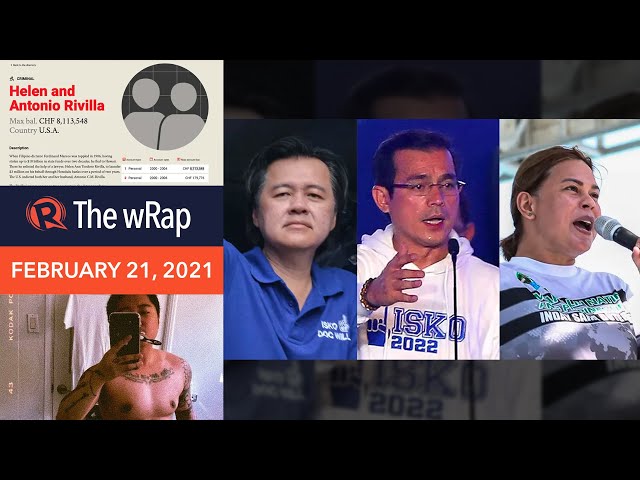 Isko Moreno’s running mate doctor Willie Ong is absent in the Manila Mayor’s first campaign trip to Mindanao, where supporters of the tandem Isko-Sara showed up in full force.

New massive leaks from Swiss bank Credit Suisse reveal that a Philippine lawyer for the late dictator Ferdinand Marcos was able to hold 8 million francs in a joint account before it closed in 2006.

The Free Legal Assistance Group (FLAG) says the doctor arrested by police over charges of kidnapping and serious illegal detention has been taken to Agusan del Sur.

In Britain, news that Queen Elizabeth tested positive for COVID-19 draws shock, concern and messages of goodwill from across the country, Sunday, February 20.

Jake Zyrus opens up about his transition, saying that after being insecure about his body, he has finally found confidence. – Rappler.com