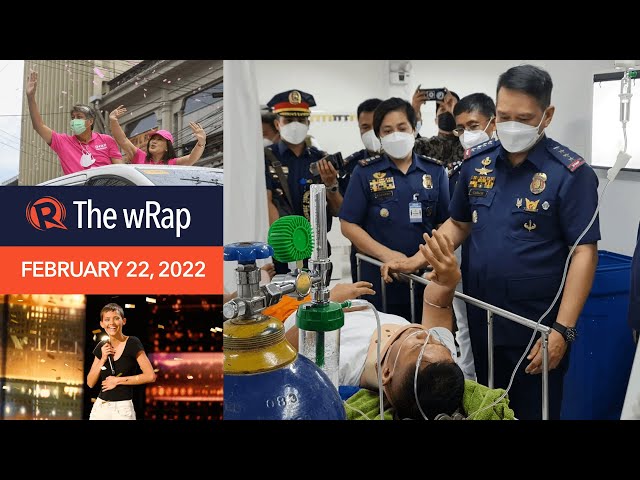 PNP chief Police General Dionardo Carlos insists his intent to use a chopper followed police rules. The chopper crashed before it could fetch him in Balesin after he spent ‘private time’ there.

The US and its European allies are poised to announce harsh new sanctions against Russia after President Vladimir Putin formally recognized two breakaway regions in eastern Ukraine, escalating a security crisis on the continent.

Singer-songwriter Nightbirde from the reality talent competition America’s Got Talent, died due to cancer. She was 31. – Rappler.com