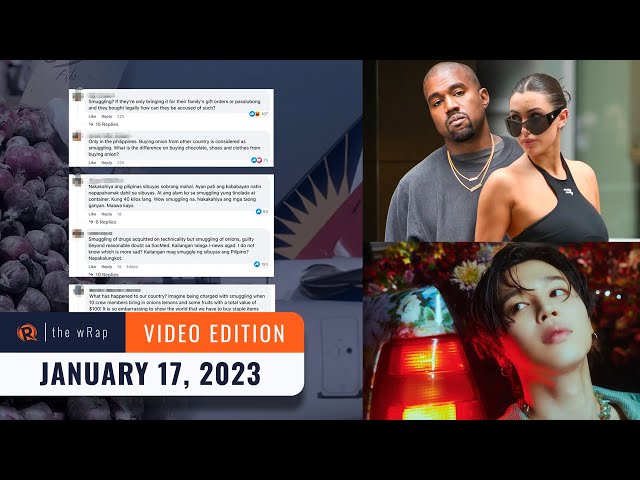 Today on Rappler – latest news in the Philippines and around the world:

Social media users and some lawmakers lambast the Bureau of Customs for nitpicking on Philippine Airlines crew members who brought in 40 kilos of undeclared onions and fruits.

Philippine President Ferdinand Marcos Jr. denies the claim of a Ukraine diplomat who said his office did not respond to a request for a meeting with Ukrainian president Volodymyr Zelenskiy.

US ambassador to the Philippines MaryKay Carlson shows off her ‘kabarangay’ spirit, supporting basketball team Ginebra in its eventual conquest of Bay Area in the 2022 PBA Commissioner’s Cup finals.