Gov’t scraps accord preventing state forces in UP | Evening wRap 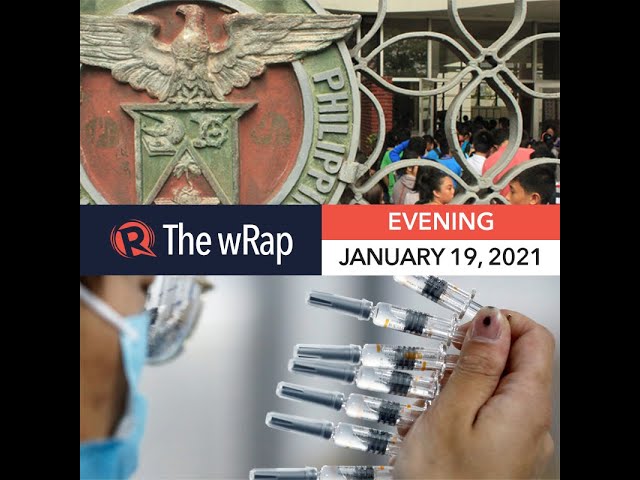 The Department of National Defense (DND) ends the government’s 1989 accord with the University of the Philippines that prevents state forces from entering its campuses. The termination is effective January 15, 2021.

The Philippines approves the application of 3 pharmaceutical companies to conduct Phase 3 clinical trials for its COVID-19 vaccine in the country.

President Rodrigo Duterte warns Monday, January 18 he will not recognize any franchise granted to a company until they pay for supposed past ‘misdeeds.’

Quezon City policemen try to arrest 4 student artists painting a mural that says ‘All cops are bastards’ on Monday, January 18.

Acting Pentagon chief Christopher Miller says the FBI is assisting the US military in vetting more than 25,000 National Guard troops being deployed to assist in protecting the US Capitol for President-elect Joe Biden’s inauguration. – Rappler.com