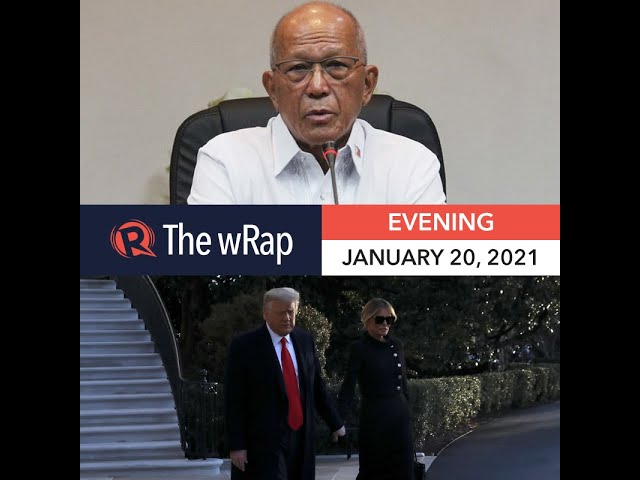 Defense Secretary Delfin Lorenzana challenges officials from the University of the Philippines to explain the deaths of their students in the company of rebels.

The justice department or DOJ charges Peter Joemel Advincula, alias Bikoy, of perjury for falsely accusing human rights lawyers of participating in a supposed plot to oust the President.

US President Donald Trump says goodbye to the American people in an address released Tuesday, January 19, the last day of his administration. He wishes the new administration good luck without acknowledging his successor, President-elect Joe Biden, by name.