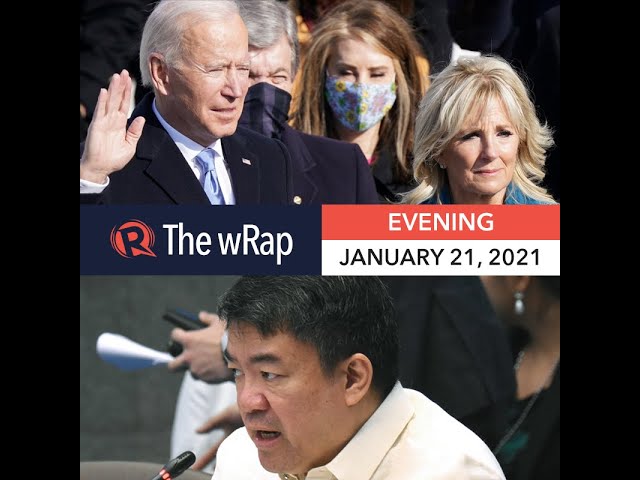 Joe Biden is officially sworn in as the 46th president of the United States of America, taking the helm of a deeply divided nation amid a raging coronavirus pandemic.

The justice department or DOJ clears Senator Koko Pimentel of breaching quarantine last year. In a statement, the DOJ argues Pimentel is not a public health authority and is not obliged to report under Republic Act 11332.

Party-list group Duterte Youth calls on the defense department or DND to also terminate its accord with the Polytechnic University of the Philippines or PUP.

Senator Imee Marcos still holds a grudge against Facebook for its takedown of pages linked to her and her family in 2019. She claims her family had no control over the social media accounts.

Kremlin critic Alexei Navalny is spending his days under strict control in a VIP cell in one of Moscow’s most infamous jails. – Rappler.com