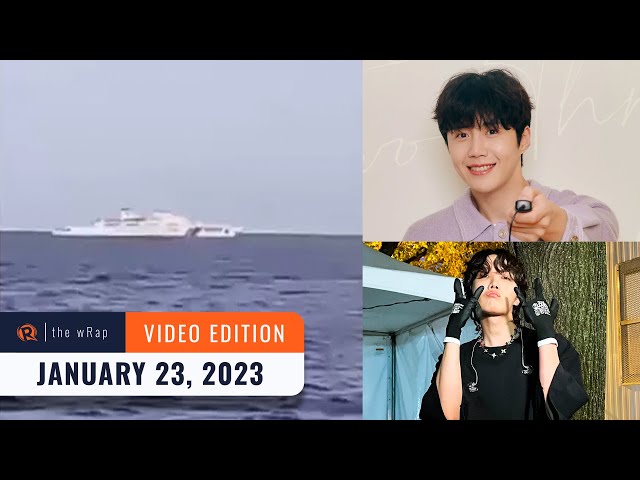 The Philippine Coast Guard investigates an incident involving a Chinese coast guard vessel that allegedly drove away a Filipino fishing boat in Ayungin Shoal in January.

President Ferdinand Marcos Jr. says he believes there was no plot to oust Clarita Carlos as his national security adviser, contrary to her claim that people were ‘moving against’ her.

In the United States, a gunman killed 10 people during a Chinese Lunar New Year celebration near Los Angeles.

Heads up, AROHAs! ASTRO members Moonbin and Sanha are bringing their Fan Con Tour: Diffusion in the Philippines.

Mark your calendars, ARMYs! Disney+ announces the first solo documentary on BTS member J-Hope. Titled j-hope IN THE BOX, its global premiere will be on February 17. — Rappler.com