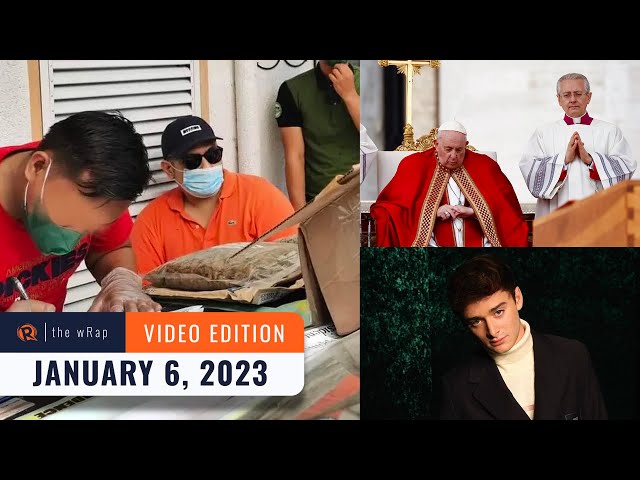 Pope Francis presides at the funeral of former Pope Benedict, delivering a homily comparing his predecessor to Jesus before tens of thousands of mourners in St. Peter’s square.

A security researcher says hackers stole the email addresses of more than 200 million Twitter users and posted them on an online hacking forum.

Prince Harry declines to commit to going to the coronation of his father King Charles. In a clip from an upcoming interview with broadcaster ITV, he says there is a lot that can happen between now and then.

Noah Schnapp, the actor behind Stranger Things character Will Byers, comes out as gay. He posts, “I guess I’m more similar to Will than I thought.”

Liza Soberano’s longtime boyfriend and love team partner Enrique Gil shares a message for her on Instagram on her 25th birthday. He writes, “We might be worlds apart, but you’ve never been closer to my heart.” – Rappler.com